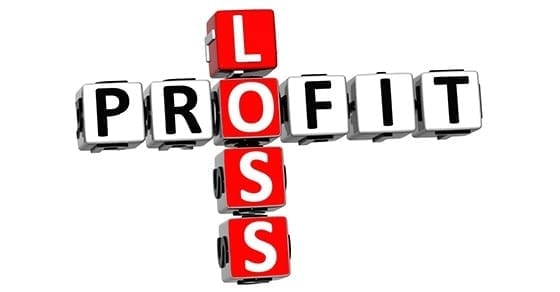 When a company’s deductible expenses exceed its income, generally a net operating loss (NOL) occurs. If when filing your 2017 income tax return you found that your business had an NOL, there is an upside: tax benefits. But beware — the Tax Cuts and Jobs Act (TCJA) makes some significant changes to the tax treatment of NOLs.

Under pre-TCJA law, when a business incurs an NOL, the loss can be carried back up to two years, and then any remaining amount can be carried forward up to 20 years. The carryback can generate an immediate tax refund, boosting cash flow.

The business can, however, elect instead to carry the entire loss forward. If cash flow is strong, this may be more beneficial, such as if the business’s income increases substantially, pushing it into a higher tax bracket — or if tax rates increase. In both scenarios, the carryforward can save more taxes than the carryback because deductions are more powerful when higher tax rates apply.

But the TCJA has established a flat 21% tax rate for C corporation taxpayers beginning with the 2018 tax year, and the rate has no expiration date. So C corporations don’t have to worry about being pushed into a higher tax bracket unless Congress changes the corporate rates again.

Also keep in mind that the rules are more complex for pass-through entities, such as partnerships, S corporations and limited liability companies (if they elected partnership tax treatment). Each owner’s allocable share of the entity’s loss is passed through to the owners and reported on their personal returns. The tax benefit depends on each owner’s particular tax situation.

The changes the TCJA made to the tax treatment of NOLs generally aren’t favorable to taxpayers:

* For NOLs arising in tax years ending after December 31, 2017, a qualifying NOL can’t be carried back at all. This may be especially detrimental to start-up businesses, which tend to generate NOLs in their early years and can greatly benefit from the cash-flow boost of a carried-back NOL. (On the plus side, the TCJA allows NOLs to be carried forward indefinitely, as opposed to the previous 20-year limit.)

* For NOLs arising in tax years beginning after December 31, 2017, an NOL carryforward generally can’t be used to shelter more than 80% of taxable income in the carryforward year. (Under prior law, generally up to 100% could be sheltered.)

The differences between the effective dates for these changes may have been a mistake, and a technical correction might be made by Congress. Also be aware that, in the case of pass-through entities, owners’ tax benefits from the entity’s net loss might be further limited under the TCJA’s new “excess business loss” rules.

NOLs can provide valuable tax benefits. The rules, however, have always been complicated, and the TCJA has complicated them further. Please contact us if you’d like more information on the NOL rules and how you can maximize the tax benefit of an NOL.